Dr. Maurice Hilleman, a vaccine designer swabbed throat of her daughter Jeryl Lynn, drove to his lab at Merck to pick up some equipment. He refrigerated her sample back at his lab and soon got to work weakening her viruses until they could serve as a mumps vaccine. In 1967, it was approved by the FDA. All researchers want a miracle to happen as incase of mumps, but it seems a tough virus to be vaccinated. 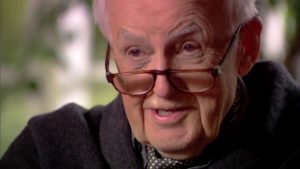 To vaccine makers, this story is a legend, as it still holds the record for the quickest delivery of a vaccine from the lab to the clinic. Vaccines typically take ten to fifteen years of research and testing. And only six percent of the projects that scientists launch reach the finish line.

For a world in the grips of Covid-19, on the other hand, this story is the stuff of nightmares. No one wants to wait four years for a vaccine, while millions die and economies remain paralyzed. Some of the leading contenders for a coronavirus vaccine are now promising to have the first batches ready in record time, by the start of next year. They have accelerated their schedules by collapsing the standard vaccine timeline.

They are combining trials that used to be carried out one after the other. They are pushing their formulations into production, despite the risk that the trials will fail, leaving them with millions of useless doses.

WHAT WORLD IS DOING FOR AN ANTI-COVID19 VACCINE 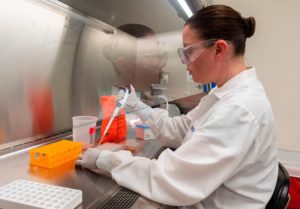 Defence Minister of Israel, Naftali Bennett had declared that the Israel Institute for Biological Research (IIBR) developed an antibody to neutralise the virus responsible for COVID-19. It can attack the virus within the bodies of the infected. The institute started testing the antibody on rodents last month. Besides, the second research team, MigVax has completed the first phase of developing the COVID19 vaccine and has secured USD 12 million investment. However, he did not specify of conducting any trials on humans. Bennett appreciated the efforts for this terrific development. A spokesperson for the Yeruham local council confirmed that Israel plans to establish the first coronavirus vaccine production facility. IIBR, in collaboration with the international pharmaceutical company, will set up the facility in Yeruham to manufacture tens of millions of vaccine units. Mass production to ensure self-sufficiency in times of pandemic in the country.

Rome’s infectious-disease Spallanzani Hospital stated that they are on an advance stage of checking vaccine on humans. Also, Italian researchers have described the results beyond expectations. The vaccine testing is on five candidates with a brief electrical impulse that helps the vaccine break into the cells, activating the immune system. Consequently, the antibodies generated by all five candidates affected the virus. However, the researchers are working on trial versions to see if the virus accumulates mutations and becomes invisible to the immune system.

As the crisis began last year Chinese billionaire Hui Ka Yan approached Harvard Medical School to carry out research on an anti-novel coronavirus vaccine. He arranged to give roughly $115 million to be split between Harvard Medical School and its affiliated hospitals and the Guangzhou Institute of Respiratory Diseases for a collaborative effort that would include developing coronavirus vaccine. “We are not racing against each other, we are racing the virus,” said Dr. Dan Barouch, the director of the Center for Virology and Vaccine Research at Beth Israel Deaconess Medical Center and a professor at Harvard Medical School who is also working with Johnson & Johnson. “What we need is a global vaccine — because an outbreak in one part of the world puts the rest of the world at risk.”

In India, the Serum Institute — the heavyweight champion of vaccine manufacturing, producing 1.5 billion doses a year — has signed agreements in recent weeks with the developers of four promising potential vaccines. Adar Poonawalla, the company’s billionaire chief executive, told Reuters that “at least initially” any vaccine the company produces would have to go to India’s 1.3 billion people. The tension between those who believe a vaccine should go where it is needed most and those dealing with pressures to supply their own country first is one of the defining features of the global response.

1,000 SCIENTISTS AND MILITARY IN CHINA

In China, the government’s wants to showcase the country’s growth into a technological power capable of beating the United States. There are nine Chinese Covid-19 vaccines in development, involving 1,000 scientists and the Chinese military. China’s Center for Disease Control and Prevention predicted that one of the vaccines could be in “emergency use” by September, meaning that in the midst of the presidential election in the United States, Trump might see television footage of Chinese citizens lining up for injections. “It’s a scenario we have thought about,” one member of Trump’s coronavirus task force said. “No one wants to be around that day.”

The US administration, in the month of March approached a German biotech company to acquire its vaccine research or move it to American shores, has awarded grants of nearly half a billion dollars each to two U.S.-based companies, Johnson & Johnson and Moderna. Johnson & Johnson, though based in New Jersey, conducts its research in the Netherlands.

Paul Stoffels, the company’s vice chairman and chief scientific officer, said in an interview that the Department of Health and Human Services understood “we can’t pick up our research and move it” to the United States. But it made sure that the company joined a partnership with Emergent BioSolutions — a Maryland biological production firm — to produce the first big batches of any approved vaccine for the United States.

“The political reality is that it would be very, very hard for any government to allow a vaccine made in their own country to be exported while there was a major problem at home,” said Sandy Douglas, a researcher at the University of Oxford. “The only solution is to make a hell of a lot of vaccine in a lot of different places.” The Oxford vaccine team has already begun scaling up plans for manufacturing by half a dozen companies across the world, including China and India, plus two British manufacturers and the British-based multinational AstraZeneca.

The Wuhan Institute of Biological Products is also in the race to come out with a vaccine. It is despite the fact that the company in 2018 was involved in a scandal in which ineffective vaccines for diphtheria, tetanus, whooping cough, and other conditions were injected into hundreds of thousands of babies. The Chinese government then had confiscated the Wuhan institute’s “illegal income,” fined the company, and punished nine executives. But the company was again allowed to continue to operate. It is now running a coronavirus vaccine project, and along with two other Chinese groups has been allowed to combine its safety and efficacy trials. Several Chinese scientists questioned the decision, arguing that the vaccine should be shown to be safe before testing how well it works. 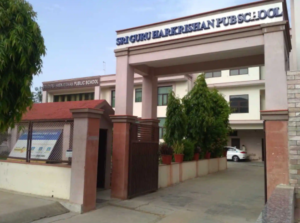 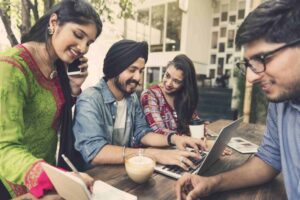 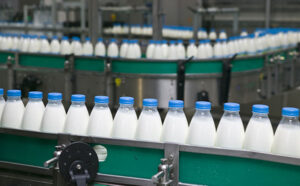