CREDIT GUARANTEE SCHEME TO INCENTIVISE MICROFINANCE INSTITUTIONS, TO LEND TO THE URBAN POOR

Among the proposals announced by the Finance Minister, an important element is the credit guarantee scheme to incentivise microfinance institutions (MFIs) to lend to the urban poor.

Undoubtedly, the urban poor have experienced stress due to the pandemic and consequent economic restrictions. Several commentators have suggested a job guarantee scheme for urban areas to alleviate their distress. This suggestion is based on the rural job guarantee scheme MNREGA. While MNREGA has been useful in alleviating rural distress during the unprecedented pandemic, we must not forget the large inefficiencies that stem in normal times from the permanent entitlement it creates.

Extensive research on MNREGA provides evidence of such inefficiencies. In a democratic polity, permanent entitlements created by schemes such as MNREGA, the National Food Security Act, etc. are hard to unwind. An urban job guarantee scheme would suffer the same fate.

In contrast to the current design, an unconditional dole – such as the disastrous farm loan waiver of 2009 – gets cornered mostly by the not so distressed and is therefore poorly targeted. Thus, while fiscal resources are expended, the effect on the economy is muted as the multiplier effect is tiny. In contrast, a fiscal intervention that utilises several benefits offered by the financial sector is inherently more efficient than unconditional cash transfers.

Why? As the MFI keeps a record of default, borrowers know that defaulting on a loan generates direct and indirect costs to the borrower. For instance, research shows that even after the farm-loan waiver of 2009, banks significantly reduced lending to defaulters. Given such costs, only a genuinely distressed borrower would default on her loan despite the guarantee from the Government. Thus, such a loan creates three categories of borrowers. First, individuals that are not distressed now and therefore find no benefit in availing the loan.

Absent repayment, the loan is effectively a cash transfer. Note that without the guarantee, the MFI would not lend to either the second or third category of borrowers. However, with the guarantee, the MFI would have no hesitation in lending to the second and third category of borrowers. This discussion thus demonstrates clearly that the loan equipped with a guarantee works effectively as a quasi cash transfer to the genuinely distressed and a liquidity support to the temporarily distressed. Also, the non-distressed will not avail the loan and are thereby naturally weeded out. The costs of default are crucial to generating this separation. Absent such costs, no such separation can be obtained. As the costs can only be imposed by allying with the financial sector, such a design helps to target the intervention to the genuinely needy. In fact, the enthusiastic take up of the Emergency Credit Guarantee Lending Scheme, as shown in a recent research report by CIBIL, illustrates the efficacy of this design.

The financial leverage provided by the financial sector also helps to increase the size of the support that can be given to the distressed. The specific scheme provides for loans up to 1.25 lakh. Such a sizable support cannot be done using direct cash transfers. Finally, the guarantees given by the Government create contingent liabilities that will be claimed in the future when the economy would be in much better shape.

In sum, credit guaranteed by the Government helps to target the intervention and thereby wisely put the taxpayer money to optimal use. After all, treating the taxpayer money with as much respect as one’s own is a key fiduciary responsibility of any economic policymaker. 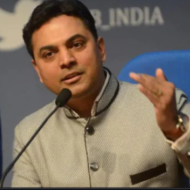 Dr. KV Subramanian Dr. KV Subramanian, is Chief Economic Advisor in the Union Ministry of Finance. He is an expert on economic policy, banking and corporate governance. A PhD from Chicago Booth and a IIT- IIM alumnus, he authored the path-breaking Economic Survey that commends "Ethical Wealth Creation” for a prosperous India. By integrating India's rich economic and spiritual heritage with modern economic ideas, he advocates ethical wealth creation through a marriage of the invisible hand of the market with the hand of trust.
« Previous PostTo Next Post » 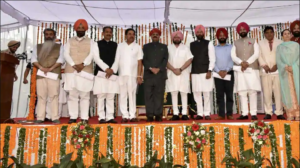 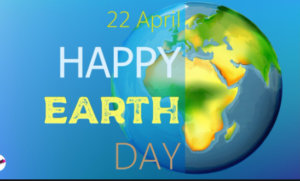 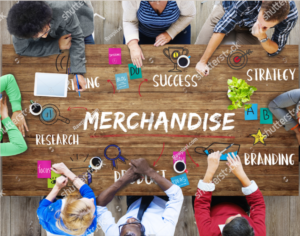