IT’S A USE OF PROHIBITED MEDICATIONS, DRUGS

The term “doping” refers to the use of prohibited medications, drugs, or treatments by athletes with the intention of improving athletic performance. The practice of doping by athletes dates back centuries.

However it has recently received increased attention due to a wide variety of potential performance enhancing drugs that are now available, and also due to prominent cases of doping by elite athletes that have been reported in the media.

The idea of performance enhancement through drug therapies and diet can be traced back centuries to the time of the invention of sports.

Individuals chosen to be athletes were fed specific diets and certain herbs and plants thought to improve physical power and performance. In 1904, doping was first noted at the Olympic Games in a runner who was injected with strychnine to assist with speed, and purportedly giving him the strength to finish the race.

Despite the visible improvement in performance noted in countless athletes throughout several centuries, it was also noted that the athletes would often suffer adverse health effects and even premature death that seemed to be associated with the doping practices.

These adverse outcomes and deaths lead to the first ban on doping by the International Association of Athletics Federation in 1928. This ban proved to be inadequate however, as the ability to test for banned substances was quite limited at that time. In 1967 the International Olympic Committee (IOC) banned doping, and in 1999 the IOC led the initiative to form the World Anti-Doping Agency (WADA).

Today WADA forms the backbone of anti-doping laws and testing worldwide, and assists in setting the standard for other agencies and sports. WADA’s main activities include education of the health risks of doping, scientific research of doping practices, development of anti-doping capabilities, and development of testing methods for doping detection.

According to the World Anti-Doping Code, which was established by WADA in 2008, a substance or treatment constitutes doping if it meets two of the three following criteria:

• It presents a risk to the athlete’s health

• It is contrary to the spirit of the sport

This code consists of a yearly-published list of prohibited substances and treatment methods that athletes are not allowed to use. Various penalties can be enforced upon athletes found to be in violation of the Anti-Doping Code.

Many athletes found in violation of the code have previously suffered punishments ranging from being stripped of Olympic medals or sports titles to lifetime bans from future competition in sport.

METHODS AND GOALS OF DOPING

Anabolic steroids have been prevalent in professional sports since they were first used in the 1950s in weight lifters. They have been used extensively in strength-based sports such as weight lifting, football, baseball and many other sports. Anabolic steroids are typically synthetic derivatives of testosterone.

The goal of their use in doping is to increase muscle mass and lean body weight. These medications can be taken either orally or by injection, and many different forms are often taken simultaneously to maximize their desired effects. Users often take these drugs for their desired effects such as increased muscle strength and size, however many major and minor adverse health effects are related to their use.

Additionally severe and potentially life-threatening effects such as psychosis, bleeding around the liver, increased risk of heart attack, and sudden death has been associated with anabolic steroid use. Due to the many adverse health effects associated with anabolic steroid use, they are listed as controlled substances in the United States, are permanently listed on the World Anti-Doping Code, and are routinely tested for in elite athletes.

Stimulant drugs are composed of a large and diverse group of drugs, which when used for doping purposes have the intent to increase an athlete’s stamina, decrease their sensation of fatigue and pain, and improve their mental function and behavior. There are many well-known agents in this class including cocaine, amphetamines, and ephedrine.

Amphetamines were initially desirable in athletes as they decreased the sensation of pain and fatigue. Amphetamines have been documented to have been used in many sports such as cycling, soccer and track and field, and were first noted in the Olympics of 1936.

However, despite their widespread use, amphetamines were quickly found to be associated with many undesirable and sometimes life-threatening effects. Amphetamines have been linked with increased risk of seizures, heart attacks and sudden death along with many other effects, and therefore have been banned for use both in sport and also are illegal for personal use as well. Stimulant drugs are the second largest class of banned drugs on the WADA Anti-Doping Code, and are also routinely tested for in elite athletes

The endocrine system is the system in the human body that produces and regulates hormones. Hormones are responsible for almost every bodily function including muscle development and growth. Several hormones have been discovered which function to increase protein production and therefore are involved in increasing muscle mass. Hormones such as insulin and human growth hormone (hGH) have been used by athletes in an attempt to increase muscle mass and definition. While some of these therapies have been successful previously, they are also associated with severe health effects such as low blood sugar, fluid overload and limb swelling, overgrowth of bone and heart attacks. Due to these and many other dangerous health effects, these substances are also listed on the Anti-Doping Code.

Lastly, athletes may try to improve their performance in sport by increasing the amount of oxygen in their bloodstream. As oxygen one of the basic nutrients for all cells, increased oxygen delivery to tissues can improve endurance and athletic performance. Athletes have attempted to achieve this goal in many ways. Some athletes will have their own blood drawn months in advance of a competition, only to be re-transfused into the same athlete just prior to the competition to increase their blood volume and the amount of oxygen in that blood during the competition.

Other athletes have used certain medications such as erythropoietin, that work to increase the body’s production of red blood cells, which carry oxygen to the cells. Overall, increased red blood cell volume ensures increased oxygen delivery to cells, and likely improved endurance. However, the body is quite sensitive to such changes, and as the volume of blood increases, the blood thickens, increasing the risk of high blood pressure, strokes, heart attacks, and sudden death.

Hundreds of drugs and methods have been used in doping for the purpose of sports performance enhancement. While this practice has been around for centuries, it is still prevalent in sports competitions at all levels.

While many methods are associated with increased performance, almost all methods are deleterious to the athlete’s health in some manner. Regulations and testing by many agencies, including WADA and the IOC aim to decrease the incidence of doping and eliminate its use in sport.

However, given the importance placed on athletic achievement, the fame awarded to elite athletes in today’s culture, and the rapid development of new performance enhancing therapies, it is likely that doping will be a problem that will continue for many years to come. 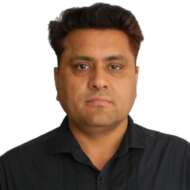 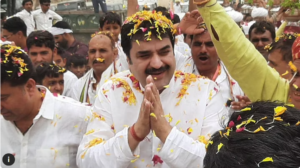 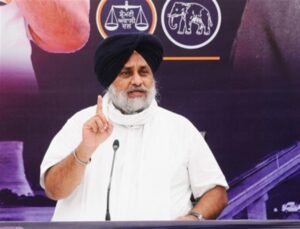