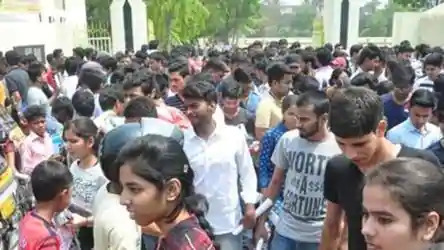 
One may not find anything extraordinary about this young man exuding confidence, who works as Accounts Assistant for a process management firm in Chandigarh and earns Rs. 20,000 per month. However, when you know that he is Munish Kumar, an intermediate pass from a BPL family from Kathua J&K, whose father is a fruit-vendor earning about Rs. 24,000 per year, this seems like an extraordinary transformation. Munish is now happy that he is capable of supporting his family. His life took a turn when he attended a mobilisation drive conducted by a training provider under the Himayat Scheme that provides placement linked training for the youth of Jammu & Kashmir.

Himayat is a placement linked skill training programme, 100% funded by the Government of India, for unemployed youth of Jammu and Kashmir and is being implemented by the Himayat Mission Management Unit (HMMU) of J&K State Rural Livelihoods Mission (JKSRLM), Department of Rural Development, and Government of J&K. The Empowered Committee for DDU-GKY, Ministry of Rural Development (MoRD) has approved a skilling target of 149180 at the cost of 1781.66 crores by the year 2022.

One such beneficiary of Himayat is Parveen Fatima from Kargil. She is among the very few Himayat alumni, whom Hon’ble Prime Minister of India, Shri Narendra Modi mentioned during his 27th December, 2019 -Man Ki Baat. The PM was referring a few most successful people, who despite facing critical situations managed to achieve success. Parveen Fatima, hailing from remote village of Goma, Kargil, Ladakh got trained under Shirt, Kurta & Safari Making trade and is now working as Team Leader at SM Garments Tirupura Tamil Nadu. Parveen has become a role model for hundreds of girls in Ladakh, who dream to empower themselves despite facing lot of social and financial constraints.

Himayat provides free skill training for duration of 3 to 12 months on job roles in various sectors with an assured employment after completion of the training. The Scheme includes youth from both BPL as well as non-BPL categories and from urban as well as rural areas. In general, the target youth are to be in the age group of 18- 35 years of age, except for a few special groups. As a 100% centrally funded scheme, Himayat mandates at least 70% of placement of total trained candidates. “During the first days of my training I was unable to speak in front of class but slowly I got confident to speak up and now in my job I have to deal almost 100 people in a day to speak with them”, says Gunjeet Singh employed in the Healthcare sector as Pharmacy Assistant, about the transformation he experienced through the training he received through Himayat.

SKILL TRAINING TO YOUTH BY PPP

Skill training to the youth is imparted through public-private partnership (PPP) by Project Implementing Agencies (PIAs). These Agencies are also provided training and capacity building by experts in HMMU and NIRDPR, an arm of the Ministry of Rural Development, on the end to end implementation of the programme according to its Standard Operating Procedures. The four pillars of this youth skilling programme of MoRD are mobilization, counselling, training and placement. Robust post placement support is being provided for in the scheme, so that youth need not struggle during the first few months of getting placed. “I am thankful for training and experience I have gone through. My communication skills have improved a lot. It also improved my self-confidence and am able to stand for myself”, says Ms Abida who underwent training in Baramulla and is now earning 18,000 INR a month as Sales Executive in a leading footwear chain store. Hailing from a BPL family with no sustainable livelihood, Abida is now proud of her self-reliance.

Under the scheme, youth are trained in sectors as varied as Retail, Hospitality, Banking and Insurance, IT-ITeS, Healthcare and so on, depending on their aptitude. Youth are also trained in softskills, IT and English. Of the target of about 1.5 lakh set for training and placing youth of J&K by 2022, about 14,956 youth have been trained of which, 6143 (41%) are girls. Of the trained youth, by now, about 6,000 youth have been placed. It is a matter of pride that Himayat-trained youth are not just doing their jobs, but doing their jobs well, to the extent of saving lives; and are able to set an example for others to emulate. Mr. Mohd. Azam 70 years old who suffered a severe heart attack was lifted in the ambulance near Poonch by two EMTs who were trained through Himayat. Under the guidance of the doctor, the patient was given the injection and shock which helped clear the blockage and shift the patient to district hospital for further treatment.

Through the uncompromising structured approach adopted by MoRD in Himayat programme, for training youth and placing them, youth are able to find their true worth, and transforming life for self, family and giving back to society. “My message to the youth of Kashmir is that stop whining if you are drop out of school. Himayat can help you as it helped me. You can still earn a livelihood. There are lots of jobs, it is just you need to take a stand and work for it”, signs off another happy, empowered youth who got trained and placed under Himayat. 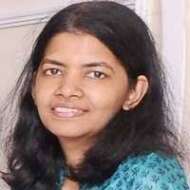 Dr Sandhya Gopakumaran The writer, Dr Sandhya Gopakumaran is director of training and development, DDU-GKY, Centre for Skills and Jobs, National Institute of Rural Development and Panchayati Raj, Hyderabad. It is an autonomous body of Ministry of Rural Development, Government of India. Besides her passion for skilling rural youth of the country, she brings about seven years of experience in academics and 12 years in the industry.
« Previous PostTo Next Post » 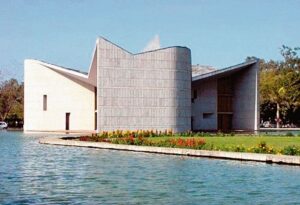 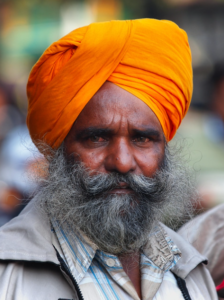