Unlike other spring festivals, which celebrate worldly rejuvenation and reconciliation of human beings with each other, Good Friday, is a solemn Christian festival, commemorating the spiritual revival and reunion of man with God and access to eternal life through the death of the Lord Jesus Christ, the only begotten Son of Jehovah, the God of the Israelites (Jews), on the Cross at Calvary, ages after the fall of Adam and Eve in the Garden of Eden and their resultant eviction from the same, for disobeying God’s command to abstain from eating the Forbidden Fruit.

John 3:16, a popular Bible verse sums up the essence of Good Friday like this, “For God so loved the world that He gave His only begotten Son, that whosoever believes in Him should not perish, but have everlasting life.”

Solemn in nature, Good Friday marks the end of the forty-day period of Lent, a word, derived from the Anglo-Saxon word Lencten meaning ‘spring season’. Lent begins on Ash Wednesday, the first day of fasting observed by Christians worldwide. Good Friday is followed by Easter, which falls on the ensuing Sunday two days later, and commemorates Jesus’ resurrection from the dead.

The observation also coincides with the Jewish Passover, which mandated the sacrifice of a Paschal lamb that hasn’t taken place for almost thousand years since Jesus’ Crucifixion and Resurrection. The Book of Exodus in The Holy Bible says that the Jews in bondage in Egypt sprinkled the blood of the sacrificed lamb on their doorposts as a sign for God to pass by their houses, while slaying the first-born children of the Egyptians, before leading His people out of Egypt, where they had spent 400 years in exile.

In Christianity, the crucifixion and death of Jesus, the ‘Lamb of God’, is considered as the fulfillment of the sacrifice of the Passover lamb. The Blood of Jesus Christ is believed to save a Christian believer from eternal death and hell. The date of Good Friday varies from one year to the next on both the Gregorian and Julian calendars. Good Friday is a legal holiday in almost every country of the world.

The fall of Adam and Eve and their sons Cain and Abel and their resultant alienation from God necessitated the offering of a sacrifice for the remission of their sins.

While Cain, a farmer, offered some of the produce of his crops, God rejected his sacrifice, but accepted the offering of his younger brother Abel, who was a shepherd, and offered the best and blemishless lamb out of his flocks, which God accepted. Sacrificing lambs as sin offering (the sacrifice of a blemishless animal prescribed as per the Jewish law, and usually of significant cost to atone for sin) has been a religious tradition among the Jews since the time of Abraham.

Jesus Christ was born to the Virgin Mary, also known as the Blessed Virgin and her betrothed Joseph, a carpenter by profession and the worldly father of Lord Jesus Christ, both Jews. A professing Jew, who was hailed as a Rabbi (teacher) by the masses, who followed Him, Jesus’ teaching and declaration of being God’s Only Begotten Son, his healing miracles on Sabbath and much more, shook the Jewish leaders and High Priests, who wanted to get Him crucified. He was betrayed by Judas Iscariot, one of His disciples, for thirty pieces of silver.

Arrested by the Roman Soldiers from the Garden of Gethsemane, Jesus was presented before the Jewish leaders, who interrogated Him, though with little result, then taken to Pontius Pilate, the Roman Governor, who found no reason for sentencing Jesus. On learning that He belonged to Pilate referred Jesus to King Herod, the ruler of Galilee, who, on questioning Jesus, could not elicit any response from Him and sent Him back to Pilate. The latter sought to have Jesus released after getting Him flogged, but the Jewish leaders, vehemently demanded Jesus’ Crucifixion and the release of Barabbas, incarcerated on charges of murder and insurrection, in Jesus’ place.

But Pilate declared Jesus innocent and washed his hands off the matter signifying that he was not involved in it. He handed Jesus to Jewish Chief Priests to be crucified at Golgotha, also known as the Place of the Skull and Calvary, where Jesus spent an agonizing six hours on the Cross and spoke the Seven Sayings from there. Darkness covered the land for three hours from noon to 3:00 PM. A massive earthquake rocked the land when Jesus died, tombs broke open and the Curtain of the Jewish Temple, which was placed outside the Holiest of Holies (where the Arc of the Covenant carrying the Ten Commandments was placed and could only be accessed by a Jewish High Priest, once a year to burn incense and sprinkle sacrificial animal blood), was rent from top to bottom, signifying reunion of man with God for those, who believed in Jesus.

The Holy Bible also states that Jesus rose up from the dead on the third day, conquering the death and hell. His empty tomb in Jerusalem testifies to the same. 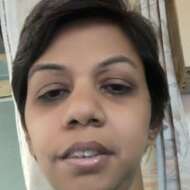 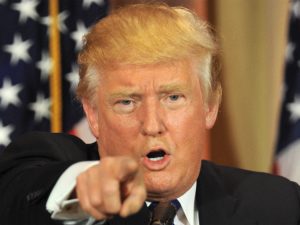