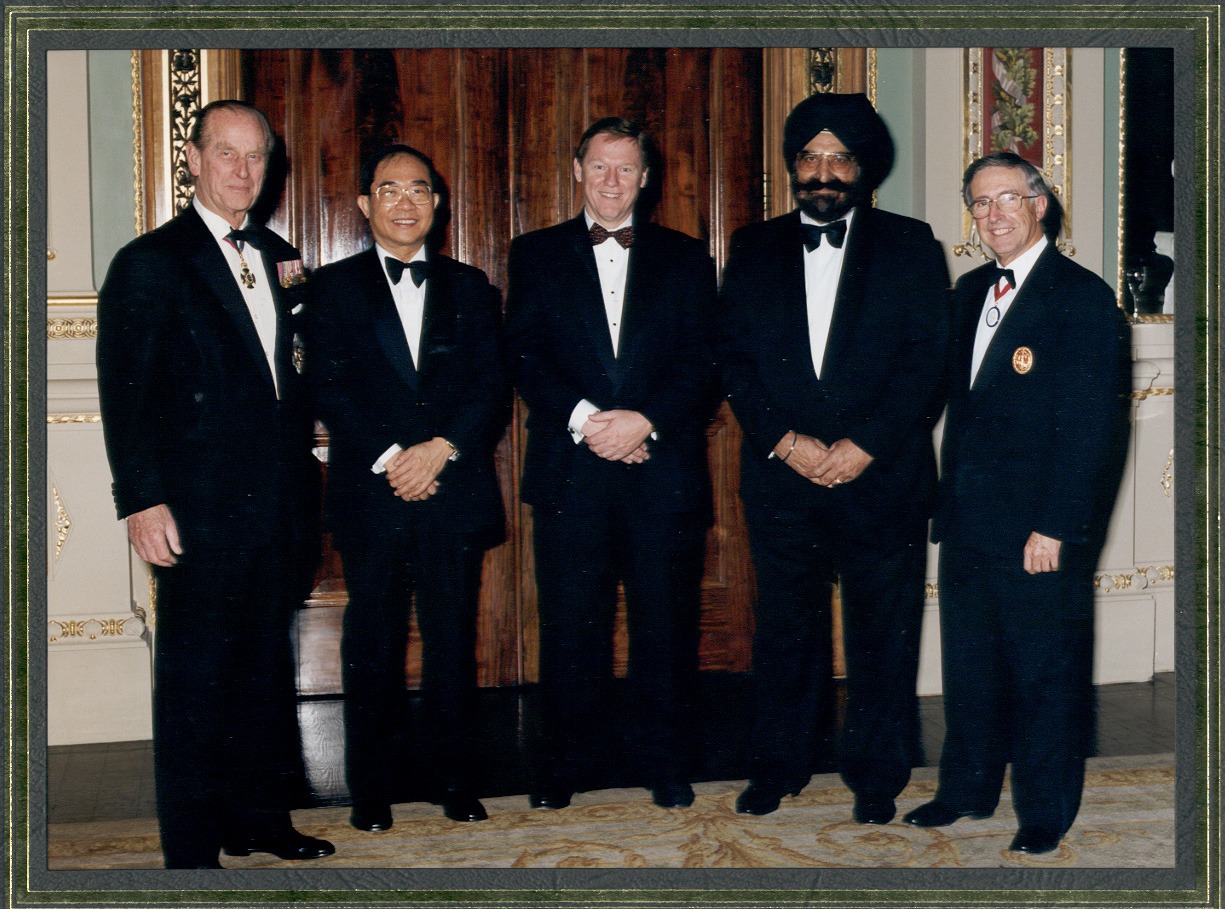 Through the years that I have known him, Dr. Kapany, embodied Guru Nanak’s philosophy of – kirt karo, naam japo wand ke chako ( work, pray and share)He continued doing his work whether recognitions came or not. Perhaps this award from his motherland would have been special, had it been awarded during his lifetime.

I wonder how he would have felt about the timing of this award, coming at a time of great turmoil for the community when Punjab and indeed India’s farmers are struggling to retain their land and livelihoods. These are exceptional times indeed.

Even though he left India, decades ago he never forgot his homeland, his Sikh roots and heritage. Whenever anyone from Punjab visited him, the first question he would ask is “Punjab da ke haal hai”. Whenever I returned from a visit to Punjab, I would prepare my answer in advance knowing fully well that this would be his first question to me.

Today the world knows him as the Father of Fiber Optics. This legendary tale began when he challenged his teacher at school who claimed that light only travels in straight lines. Born in Moga in 1926 Narinder grew up in Dehradun. In 1948, he graduated from Agra University and started his first job at the Ordinance factory in Dehradun. Soon after he left for England in 1952 and designed lenses for Barr & Stroud Optical Company in Glasgow Scotland.

In 1955, working alongside Harold Hopkins at the Imperial College of Science & Technology London, he successfully demonstrated to the world that light can indeed be bent. In his seminal article published in the Scientific American in 1960, he wrote, “When light is directed into one end of a glass fiber, it will emerge at the other end. Bundles of such fibers can be used to conduct images.” He even coined the term “Fiber Optics”. His seminal research helped pave the way for the Internet age of the 21st century and also earned Charles Kao the Nobel Prize in 2009 for building on this foundational research.

He was nominated in the category of medicine in 2019 on the basis of his inventions of numerous bio-medical devices and instruments that are today common place e.g endoscopes, minimally invasive surgery, high-resolution imaging, laser photocoagulation, photo-refractometry, in vivo oximetry and densitometer. The prospect of the Nobel Prize would have excited lesser men but not him. He was always about the future and hardly ever dwelled on past glories.

As they say, behind every successful man is a woman. So was Narinder fully enabled by his loving wife of 62 years Satinder. The two had met in London and married in 1954. They moved to the US in 1955 with Narinder joining the faculty at the Rochester University moving later to the Illinois Institute of Technology in Chicago.

Both their children have names inspired by Narinder’s fascination with light, son-Rajinder (b. 1956) and daughter- Kiran (b.1958).

The time spent at Chicago was one of the most productive phases of Narinder’s life. He earned over a hundred patents spanning research in fiber optics & lasers with applications in defense, bio-medical instruments, communications and pollution control monitoring. In fact he continued filing for patents well into his eighties this time on creative ways to harness solar energy.

In 1961, the family moved to San Francisco. Narinder founded Optics Technology Inc. and successfully took it public in 1967, becoming the first Indian to do so in Silicon Valley. The San Francisco Examiner described him as “…the most dashing corporate officer in the area” (San Francisco Examiner Feb.9, 1961). He also founded Kaptron Inc. in 1973 and Solarpath in 2010.

He and Satinder, both artists were avid art collectors. They scoured the globe for all things Sikh, making their home in Woodside California, a virtual museum.

They put together a collection unparalleled in its range and quality. Artworks were loaned out to numerous museums including the Victoria & Albert Museum in London, the Smithsonian In Washington DC and the Rubin Museum of Art in New York for exhibits.

A COLLECTOR OF SIKH HERITAGE ARTICLES

The seal ring of Maharaja Ranjit Singh, the delicate Sikh sketches by Emily Eden, the vibrant phulkaris embroidered by deft hands, the Nanak Shahi coins – symbols of sikh sovereignty and so much more was shared readily with the world. I wonder how else would we as a community, be able to experience the totality of our rich Sikh artistic heritage if it was not for this magnificent collection.

Throughout his life he took immense pride in his Sikh identity and heritage even headlining a newspaper article in 1957 as “Scientist wears turban and tie” (Chicago Daily News Wed. July 31, 1957)

Philanthropy is not something he set out to do in his later years. He set up the Sikh Foundation as early as in 1967, with the promise to create an understanding of the history, art and culture of Sikhs.

Speaking at the 50th Anniversary Gala of the Sikh Foundation at the Asian Art Museum San Francisco, on May 5th 2017, he addressed the audience and said, “We should ensure that our friends of other faiths, races and cultures understand who and what we are. We must present the beauty of our heritage without chauvinism. The wisdom, philosophy and arts of the Sikh faith belong to the world.”

He fully lived the Sikh concept of  “Dasvandh” which is sharing one tenth of your earnings with others. His commitment to education inspired him to establish the first of its kind “Kundan Kaur Kapany Chair of Sikh & Punjabi Language Studies” in 1991 at UC Santa Barbara, which is named in honor of his mother.

IN HONOUR OF SUNDAR SINGH KAPANY

He led community efforts to establish 3 other Chairs of Sikh Studies at university campuses in California, generously contributing both time and resources. He regularly contributed to support Sikh youth in the Punjab.

While he did establish enduring legacies at Universities and museums, he was also mindful about impact of smaller acts of charity, which he happily shared with those in need. Since we migrated to the US, he helped me & my family find our footing in the US.

As an author and researcher, he published over 100 scientific papers and four books on Opto-electronics and entrepreneurship. He was Regents Professor at the UC Berkeley and UC Santa Cruz and visiting scholar to Stanford University in the Physics department and Consulting Professor in the department of Electrical Engineering. In 1979 he started the Center for Innovation & Entrepreneurial Development (CIED) at UC Santa Cruz.

He was an active member of the US National Inventors Council, Young Presidents Organization, The India-America Council, and Rotary Club of Palo Alto.

Dr Kapany received numerous awards including The Excellence 2000 Award from the USA Pan-Asian American Chamber of Commerce in 1998, the Pravasi Bharati Award by the Indian Government in 2008, an Honorary Doctorate by the Guru Nanak Dev University, the Fiat Lux Award by University of California in 2008 and the Asia Game Changer West Award in 2019.

He continued to be steadfast in his faith regularly listening to kirtan and paath (sikh devotional music and readings from the scriptures).

In his office at the Sikh Foundation in Palo Alto California, hung a huge oil painting of the Kar Sewa at the Golden Temple by artist Sukhpreet Singh. It was the most appropriate backdrop for him since it depicted devotion through service. For him “Work was worship” and not the other way around, as most people settle for in the sunset years. In front of his desk was placed a majestic bronze sculpture of Maharaja Ranjit Singh.

I fondly recall him saying “I am a lucky man. I have my Guru behind me and my Maharaja in front.”

The passing of his dear wife Satinder in 2016, left a morass of grief, which he silently carried in his heart. Just after the successful 50th Anniverssary of the Sikh Foundation, he fell ill appearing for the first time to me with a certain human frailty.

After many ups and downs in his health, he strived on and repeatedly bounced back to his cheery self. How did he do it? Was it the force of his astute and agile mind? Was it his strict discipline & passion for his regimen? Or perhaps just his plain God bestowed genius-ness, that enabled him to stay in Chardi Kala (a state of positivity), welcoming me with his cheerful, booming voice every time I met him, usually every Friday at his home in Woodside.

EVERY MINUTE OF 94 YEARS LIFE WAS PRECIOUS

Every minute of his 94 years of life was precious to him. He was never the one to waste time or tolerate anyone wasting his. He adapted to a new lifestyle of working from home. Despite the daily challenges of managing his health, he continued to work for the Sikh Foundation giving interviews, meeting people and working on his memoirs.

His book to be published soon, The Man who bent light” like this Padma Vibhusan is something he did not live to see for himself. He passed away at his home in Woodside California, on 3rd December, 2020. 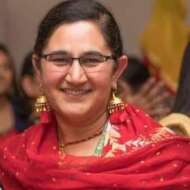 Sonia Dhami She is a trustee of Sikh foundation and CEO of ‘Art and Tolerance’. She is co-editor of the ‘Sikh Art from the Kapany Collection’ a definitive volume on Sikh Art co-published with the Smithsonian Institution. She also worked on art & architecture projects with Sikh institutions in India, UK, Canada & the USA. Graduated from St. Bede’s College–Shimla and earned her Masters in Business Administration from Punjab Agricultural University, Ludhiana, Sonia lives in Fremont California.
« Previous PostTo Next Post » 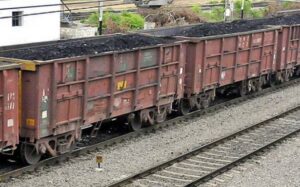 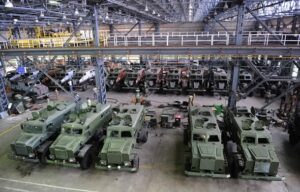