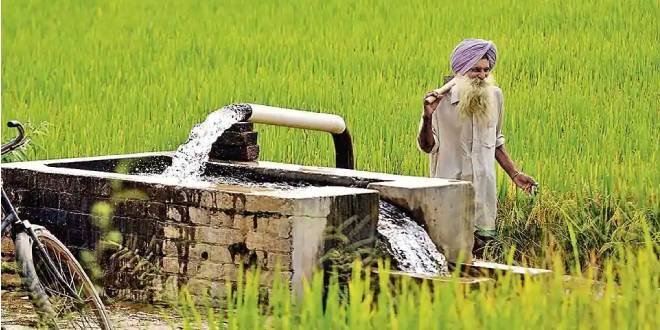 
The direct benefit transfer (DBT) which is being introduced in lieu of free power for agriculture sector is very prudent fiscal step. Now it has been decided to take the step, it is natural for opposition parties to oppose it to cater to their so called vote banks.

Let’s analyse the benefits of free power. The total number of the agricultural electric pumps is roughly estimated at about 14.6 lakh which receive free power whose estimated cost is around Rs 8,275 cr and it keeps increasing from 1996 year when it was Rs 695 crore with addition of more number of agriculture power connections.

Should the DBT be passed on to present owners of the THE ELECTRICAL PUMP only?

I was discussing with eminent economist Dr SS Johl who mentioned that time and again he has recommended the DBT, but he says the irony while writing the finer details of any scheme the executive or the BABU’s never refer back to the originators of the ideas or schemes. He wished that they do better this time and include all small and marginal farmers who do not own any electric pump set and make every farmer an equitable partner.

It is well known  in the initial years only the rich got connections due to political connections,  others got when their parties came into power ,some got  connections under the pay for your out of turn connections under Tatkal scheme or some even borrowed from arhtiyas  to have their own transformers installed ,pole and wires paid  when  such schemes were introduced by the

POOR DON’T GET THE GOVT SOP

PSPCL from time to time provide connections on payment basis.  So you can imagine who got left out they were poorest of the poor amongst the marginal and small farmers and statistically 45% or 69,485 out of 1.54 lakh of marginal farmers and 17% or 35,284 out of 2.07 lakh of small farmers still do not have an electric power connection.

Now imagine who will be  the left outs if you pay DBT  to the present electricity pump owners only  and these will be farmers who are very poor, marginal and under privileged  who are still spending on fuel, maintenance and spare parts so as to still grow crops on diesel pump sets.

So the next best option is to distribute DBT on the basis of the agricultural land holdings which are said to be around 10.92 lakh holdings. The subsidy amount if distributed according to gross cropped area which is 78.25 lakh hectares will get each Rs. 10,575 per hectare. If the net sown area is accounted then 41.25 lakh hectares are sown which will have Rs. 20,061 per hectares as DBT. I will prefer gross area as it covers the twice cropped land in a yearly cycle.

This talk about difficulties in finding the actual owners, dead electric pump owners etc or land on lease for DBT is just humbug, talking of oral agreements is just a mere digression because land holders when there was no free power subsidy before 1996 used to get pay the electricity bill and in case when paid on their behalf by the tenant tiller it was adjusted in the payments received by the landowner.

There is unnecessary fear being propounded that farmers will not pay their bills and to twist it to their nefarious agenda some political parties might later use it as election manifesto to restore free power just to appease a section to the detriment of the state’s future overall economy. And above all we must know that a farmers is very diligent in paying bills for his irrigation source because all his whole production is dependent on that irrigation source.

Another fear is how would the farmers pay the metered bill if the DBT funds are not sent in their accounts as the government is defaulting on social pensions like old age, shagun schemes etc. It should be made very clear in the rules of coordination of Finance department with PSPCL that PSPCL will issue bill in the next month to the month in which the DBT takes place.

To further clarify  there will be no disconnection by the PSPCL  as bill’s part payment as it is it will be done as per the consumption from the DBT amount which can be insure  so that a particular amount equal to DBT as the payment from the DBT account will be linked to PSPCL bill payment. For farmers without an electric pump connection the DBT will go as direct subsidy.

A true meaning of any subsidy distribution is achieved only when the last man deserving and standing in the line gets it. 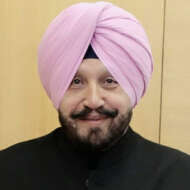 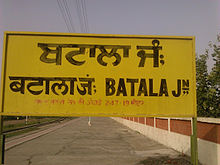