COOKING & ALLIED ACTIVITIES OF IS HIS PASSTIME FUN AND FROLIC

After cooking the goose of Punjab and failing the State in all dimensions, ‘Captain Cook’ has now returned to his favorite hobby, cooking and other allied activities of his routine pastime fun and frolic, completely oblivious of the vast obliteration and loot of Punjab; when the Mafias rule the roost, during his regime.

The fun According to a well-known expression available in the ancient history that during the Great Fire of 64 A.D. the 70% of the City of Rome was destroyed by the fire, rendering half its population homeless, the Emperor Nero was playing flute while the city of Rome was burning.

It is also narrated in the history that Emperor Nero, later built his ‘Golden Palace’ on the land that was completely ravaged and devastated by fire and he also used its waste land and dissipated surrounding as his pleasure gardens. If the obnoxious activities at The newly built ‘Siswan Palace’ of the Chief Minister, near Chandigarh are consciously taken in to account with clinical precision; it is almost reminiscent   of the same evocative expression that of ‘Rome Burning and Nero fiddle’.

Similarly here the  Punjab CM, in his photo ops opera, donning the hat of a Chef, wearing  Chef’s apron is busy cooking delicacies for Olympic medal winners and personally serving them at a time while the entire farming community of Punjab is battling for its unembellished  survival, the employees of the State go without salaries, job vacancies are being cancelled after entrance exams, Trees of Mattewara forest and many other green belts are being cut down mercilessly, coal reserves for thermal power, virtually finished, teachers are being lathi-charged unabatedly every day, unleashing brutalities of all sorts, The CM’s ancestral home at Patiala is heavily barricaded from all directions, drug deaths and farmers suicides are peaking in Punjab, farmer debt see no respite, thefts and robberies are being committed with  great ease as an order of the day in the absence of deterrent law & Order  mechanism , the cost of sand and gravel are rocket high  due to illegal mining facilitated by the CM himself.

Does it behoove the Chief Minister, to indulge in such hollow exhibitions when his State is in the state of absolute peril? 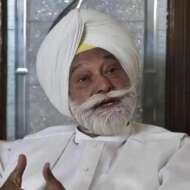 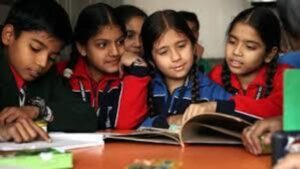 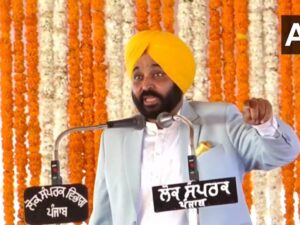 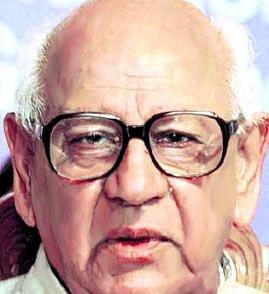